Want To Become A Pilot ?? 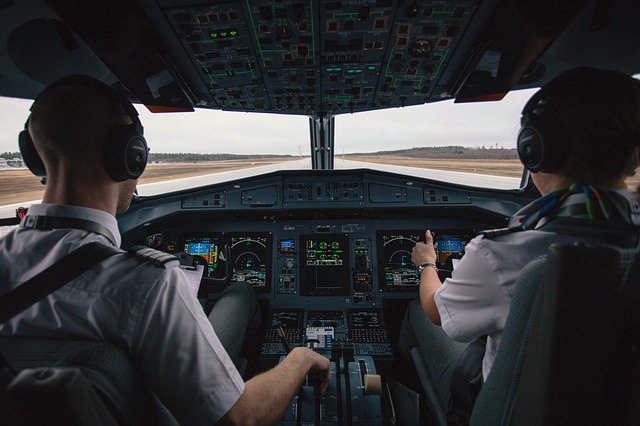 Millions of people around the globe dream to become a pilot. The profession of a pilot sounds fancy. All they do is fly and navigate planes from one place to another. But becoming a pilot is not an easy task. There are different categories of pilots including fighter pilot, commercial pilot (CPL), etc. To become a pilot you need to have a pilot’s license or a pilot’s certificate. It’s similar to the road transport license. Without a driver’s license, you cannot drive a car. Without a pilot’s license, you cannot fly a plane. But there are a few safety aviation rules and regulations imposed by the government institutions.

The FAA ( Federal Aviation Administration) is the one imposing the aviation rules. The FAA is a governmental body of the United States which has the power to regulate all aspects of civil aviation in that nation as well as the surrounding international waters. Its main duty is to ensure aviation safety. There are several main categories of pilot license including :

How to become a pilot?

Do you also dream of flying through the clouds? Do you also imagine yourself flying a plane with hundreds of people in it? Do you get excited at the thought of flying over the mountains?

Being a pilot will fulfill all your dreams and take you high, literally.

But how does one begin with?

There are two ways you can get into the aviation field –

Becoming a pilot in the Indian Air force is not an easy task. It requires hard work, courage, and determination. Without will power, you cannot get into the Air force.

If you want to fly a plane, but also spend less on the training, becoming a pilot in the Air force is the best path. The Indian Airforce has imposed a set of rules to get into the IAF. There are different levels of the test before getting into IAF. There are quite a few requirements for getting into the Air force, if you do not satisfy all the requirements you may not get qualified.

There are several ways you can get into the IAF

Many inspirational people in this field can inspire you to take up IAF as your career.

Abhinandan Varthaman and IAF pilot were held captive in Pakistan after his aircraft shot down in an aerial dogfight.

Gunjan Saxena is also known as the Kargil girl was the first female pilot in the combat.

Flight Lieutenant Avani Chaturvedi is an Indian pilot from MP. She was declared as the first combat pilot.

Airline and commercial pilots fly and navigate planes, aircraft, helicopters, etc. If you dream to become a pilot, not only can you get a CPL but you also get paid in lakhs. A fresher commercial pilot may draw a salary of 1.5 lakhs per month. With more training and experience it might go up to 5 or 6 lakhs per month. Being a commercial pilot is both exciting and risky. This is because hundreds of passenger’s lives are in your hand. A slight malfunction may cost you your life. It gives you a lot of responsibilities in your hand.

Taking up the pilot as your career has a lot of scopes because you are paid in lakhs for flying a plane. In both ways, you need to be confident, with good decision-making skills. Once you invest in the pilot school, you can later become a successful pilot earning in lakhs.

If you have what it takes to be a pilot, all you need is to make up your mind and body for opting for this career.

All the best for your Career, Success is waiting for you, Go and Grab it. You can also read other businesses you can do with your hobbies lying within our category Earn from Hobbies or You can go through other career options here. Don’t forget to like and follow us on Facebook and Instagram.

How To Become Airhostess ??

A career as a photographer

How To Make Career In Sports…